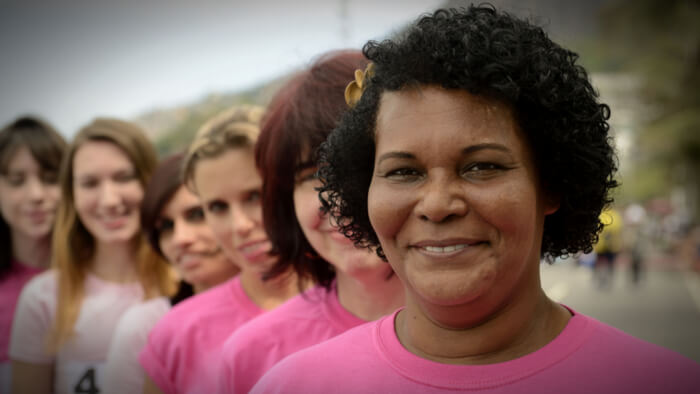 • Dr. Peggy Porter explains why diverse study groups are needed to create targeted breast cancer treatments. Ancestry is a factor in how cancer might appear in women.

• Read about a health funder putting women of color front and center.

We’re finding some differences in rates of breast cancer subtypes between countries, and that makes a lot of sense when you look at the ancestry of Latin American women. Indigenous, African, Anglo-European genes have all come together in different proportions. This could really change what an individual woman might be susceptible to and what her cancer might look like.

I think the push now has to be to make sure that the new advances in genetics, genomics and personalized medicine really come to ALL women in this country and in other countries as well.

For example, African-American women have a high rate of triple-negative cancer, so a Latin American population that is much more African than indigenous in its ancestry mix — for instance, Puerto Rico — is likely to present with higher rates of triple-negative breast cancer.

Minority women have always been behind curve in terms of getting the benefit from medical advances. I look at the idea of personalized medicine as another important advance that certain populations will be slow to benefit from. It’s been true of early detection by mammography, of new treatment choices, and of inclusion in clinical trials.

If you are looking for opportunities to learn and connect with others interested in the topic of Cancer, take a look at these events, galas, conferences and volunteering opportunities aggregated by Giving Compass.

Cancer is an important topic. Other members found these Giving Funds, Charitable Organizations and Projects aggregated by Giving Compass to be relevant to individuals with a passion for Cancer.