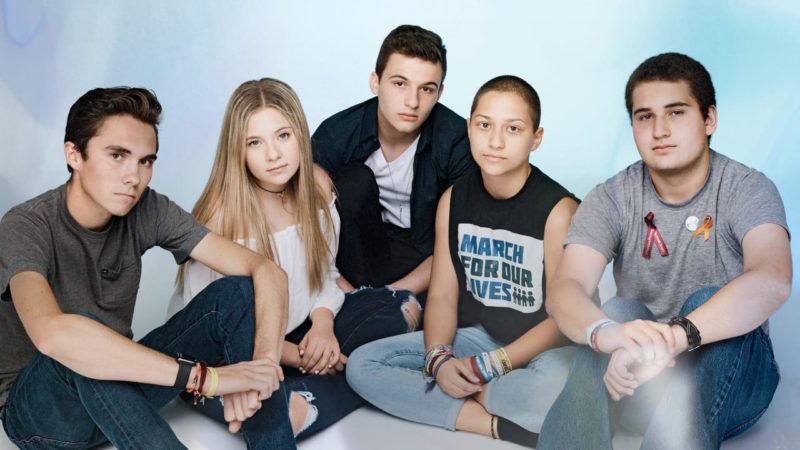 · After the tragedy that happened at their school, a group of Parkland students demand change. Fast Company reports how the March For Our Lives organizers are finding ways to ensure politicians and businesses are held accountable for gun safety.

· How is this group of survivors making a difference? What is expected to occur as a result of their advocacy for gun safety?

· School shootings have caused many Americans to speak up about school safety and gun control.  If you’re interested in learning more about student activists and the work they’re doing, read about Emma González and grief-fueled activism.

Cameron Kasky recalls the eerie realization that descended upon the kids huddled in the Marjory Stoneman Douglas High School classroom where he and his younger brother, Holden, were hiding from a 19-year-old former student with an AR-15. “I remember seeing a lot of people not confused anymore,” says Kasky. After all the years of lockdown drills, it was happening to them.

Since that February day in Parkland, Florida, when 14 students and three faculty members were killed, Kasky and fellow classmates Emma González, David Hogg, Jaclyn Corin, and Alex Wind have dedicated themselves to preventing it from happening to anyone else. In the week after the shooting, these five teens helped form the core leadership of what quickly became the #NeverAgain movement, a grassroots effort that has inspired nationwide school walkouts and local legislative changes, and drew more than 1.2 million people, predominantly youth, to the streets of Washington, D.C., and cities across the country for the March for Our Lives rally this past spring. Crucially, the students have even spurred action in the business arena, prompting retailers and banks to support stronger restrictions around gun sales. Having spoken the language of social media since they had baby teeth, they knew far better than any brand or media company how to create an effective viral phenomenon, mobilizing on Twitter and leveraging press coverage to call for gun control. Plus, says González, “as children, we’re good at being loud and demanding attention. No one is allowed to ignore this [issue] anymore.”

The quintet—along with nearly two dozen of their classmates—has accomplished more for the cause than any other campaign that followed a mass shooting. “We made one of the largest marches in U.S. history in a matter of five weeks because we were able to coordinate, communicate, and get things done faster than anybody before us,” says Hogg. The 18-year-old former news director for the school’s TV station, Hogg has become the group’s resident policy wonk and strategist, adept at pulling the levers of public opinion on social media. González, 18, who delivered her indelible “We call BS” speech in the aftermath of the shooting and created an iconic moment onstage at the march in D.C. when she paused for a startling 4 minutes and 27 seconds of silence (making her speech the length of the gunman’s spree), serves as a public advocate. Seventeen-year-old Kasky, though jocular and media-friendly, works mostly behind the scenes, developing the messaging that his classmates and their partner network use on social media and elsewhere. Wind, age 17, coordinates campaigns with students and organizations in other states and cities. Corin, MSD’s junior class president, is both a public speaker and planner: A week after the shooting, the 17-year-old organized a trip for 100 of her classmates to the Florida State Capitol in Tallahassee to appeal for gun restrictions.

Read the full article about the Parkland students making a difference by J.J. McCorvey at Fast Company.