The Promise of Pay for Success for Addressing Poverty in America 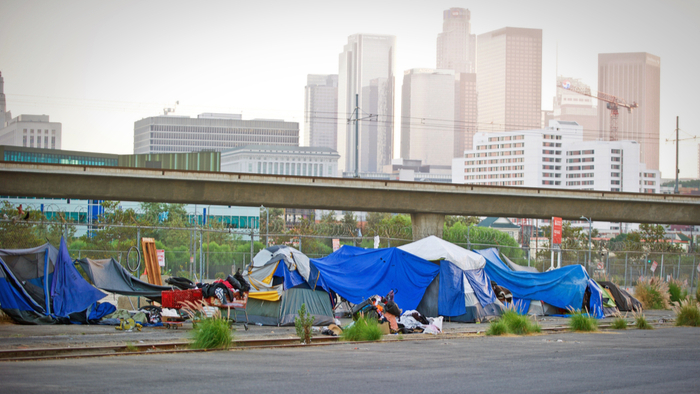 • Sindhu Lakshmanan, Roger Low, and Caroline Whistler explain the potential of the pay for success model of funding can address persistent poverty in the United States.

• How can funders help to shape impactful pay for success programs?

• Read about when pay for success makes sense.

Today, 40 million people, including 15 million children, live in poverty in America—the wealthiest nation in history. In the half-century since President Lyndon Johnson launched the War on Poverty, policy makers have tried many approaches to reduce economic hardship in the United States. Yet poverty, as measured by earned income, has barely budged.

Addressing social problems like poverty is one major rationale for the public policy approach called pay for success (PFS). The big idea behind PFS is simple: Results should drive public-sector decisions and dollars. In other words, we should determine the success of a social service not by the number of people enrolled in it or by the degree to which it complies with a checklist of programmatic requirements, but by whether it actually improves lives.

In our direct work with PFS initiatives over the past decade, we’ve seen the field mature and believe the approach has massive potential to address intergenerational poverty and other social issues over the next 50 years. However, as with any new approach, there have been setbacks. For instance, some of the first projects aren’t on track to achieve their original target outcomes. In other cases, critics have raised questions about the methodology of project evaluations. This isn’t surprising—achieving durable systems-change is hard. But instead of throwing in the towel, governments, nonprofits, and funders should “fail forward” and improve.

At its core, PFS includes a number of fundamentally strong elements, including data-informed decision-making, adaptive governance structures, and active performance management. It clarifies desired outcomes, and links funding to outcomes and progress toward those outcomes along the way. PFS also powerfully incentivizes stronger cross-sector collaboration and coordination between governments, funders, evaluators, and nonprofits. We believe more and more communities across America can adopt and scale these elements to fit their needs and make measurable social progress in the coming years.

PFS financing can empower communities to confront that status quo. As one example, numerous studies show that chronically homeless Americans cycle frequently through emergency rooms and jails, while the underlying problem of housing instability remains unaddressed. Evaluations show that permanent supportive housing can reduce the time in jail for this population by more than 38 percent and decrease avoidable hospital visits by up to 70 percent. Communities in Massachusetts, California, Colorado, Ohio, and Utah have successfully leveraged PFS financing to move thousands of chronically homeless Americans off the streets and into stable housing, supported by additional services.

Read the full article about the promise of pay for success for addressing poverty by Sindhu Lakshmanan, Roger Low, and Caroline Whistler at Stanford Social Innovation Review.