The US Is Facing a Teacher Shortage 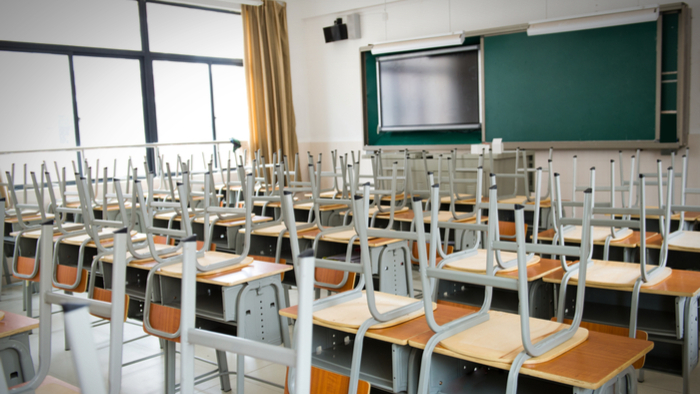 • Bryan Lynn describes the teacher shortage in the United States and possible explanations for the trend, including low wages and insufficient support.

• How can funders help to reverse this trend in a sustainable way?

• Learn about the decline of teacher pay in the U.S.

As American students head into a new school year, a shortage of teachers — which reached a 10-year low in 2016 — is a major problem for an increasing number of US states.

In some states, there is especially a great need for teachers of special education, science, and math. In others, schools are not finding enough qualified language teachers.

In general, the US has seen increased demand for teachers in recent years. Student numbers have risen, even as many school systems sought to reduce overall number of students per teacher.

Shortages have largely been blamed on low pay rates for US teachers. The issue has caused some to leave for better-paying professions, while fewer people are choosing to become teachers.

The non-profit Learning Policy Institute reported a 35% drop in the US of people studying to be teachers between 2009 and 2014.

Over the past year, teachers from Arizona to West Virginia held major strikes to demand higher pay and better working conditions.

In a new nationwide study, 49% of the public said they believe teacher pay should be raised in their states from current levels. In six states where teacher strikes were held in 2018, 63% agreed that teacher pay should increase, the Education Next study found.

Worsening conditions caused by financial issues in some school systems – especially in large cities – have also made it difficult for some teachers to feel safe and effective in their jobs.

Read the full article about the teacher shortage by Bryan Lynn at Global Citizen.