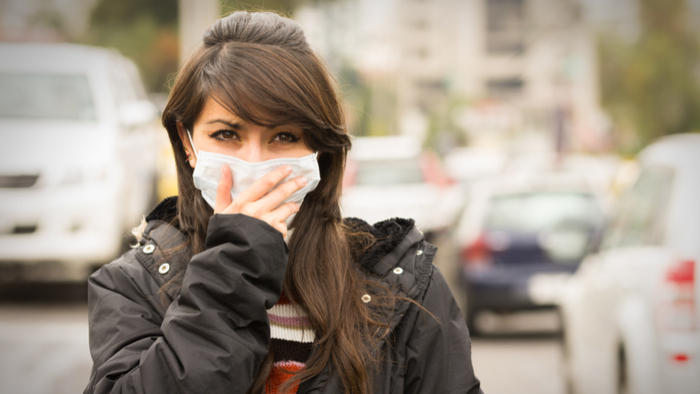 • How can funders work to reduce the health risks presented by air pollution? How can this issue be tackled equitably?

• Learn more about the health impacts of air pollution.

In 2013, the International Agency for Research on Cancer, part of the World Health Organization, classified air pollution as a carcinogen, or cancer-promoting agent. Multiple large studies have found a clear association between air pollution and an increased risk in lung cancer, and individual studies have indicated possible increased risks of bladder, breast and some other cancers as well.

The good news is that air quality in the U.S. is mostly decent and actually better than it used to be, thanks to the Clean Air Act of 1970. The bad news is there are exceptions: Air pollution levels are on the rise in many low-income, urban areas of the world, according to the WHO, and some parts of the U.S. still have poor air quality.

The American Cancer Society’s Cancer Prevention Study II, which began in 1982 and enrolled 1.2 million participants in the U.S., has drawn links between regional differences in air pollution and increased risk of lung cancer, Bhatti said. That’s true even among nonsmokers. A 2011 analysis from that large study saw that increases in the type of air pollution known as particulate matter — tiny, airborne particles given off by wildfires, industry and traffic — also increased deaths due to lung cancer among those who had never smoked.

Bhatti and his colleagues are currently analyzing data from the Women’s Health Initiative — a large, long-term research study that involved more than 161,000 postmenopausal women in the U.S. — to see if the link to increased cancer risk holds true in that specific population as well.

To understand the specifics of this increased risk of cancer — and the possible biology behind it — you have to first understand what air pollution is and how researchers classify it. There are several types of air pollutants that can harm human health and the environment, according to the Environmental Protection Agency, but the type that appears to most influence cancer risk is known as particulate matter.

Environment (Other) is a fascinating topic, and others found these events, galas, conferences and volunteering opportunities aggregated by Giving Compass to be relevant for individuals with a passion for Environment (Other).