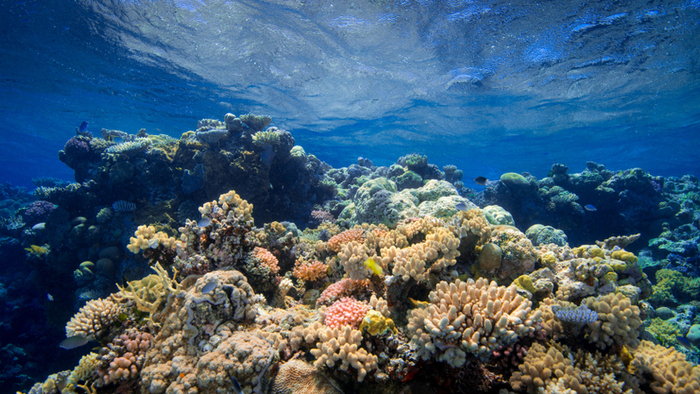 • Sam Purkis explains how the coral reefs of the Chagos Archipelago have been impacted by climate change, outlining causes for hope and concern.

• What role can you play in protecting ecosystems?

• Learn how heat-resistant corals save the day for reefs in Fiji.

In 2015, a marine heat wave struck, harming coral reefs worldwide. I’m a marine biologist at the University of Miami’s Rosenstiel School of Marine and Atmospheric Science, and I was with a team of researchers on a 10-year global expedition to map the world’s reefs, led by the Khaled bin Sultan Living Oceans Foundation. We were wrapping up our work in the Chagos Archipelago at the time. Our report on the state of the reefs there was just published in spring 2021.

The Chagos marine protected area covers 640,000 square kilometers (250,000 square miles) with only one island currently inhabited – Diego Garcia, which houses a U.S. military base. The British government, which created the marine protected area in 2010, has been under pressure to turn over control of the region to the country of Mauritius, where former Chagos residents now live and which won a challenge over it in the International Court of Justice in 2020. Whatever happens with jurisdiction, the region would benefit from maintaining a high level of protection.

This story is part of Oceans 21

Our series on the global ocean opened with five in-depth profiles. Look for new articles on the state of our oceans in the lead-up to the U.N.‘s next climate conference, COP26. The series is brought to you by The Conversation’s international network.