All You Need to Know About the Amazon Fires 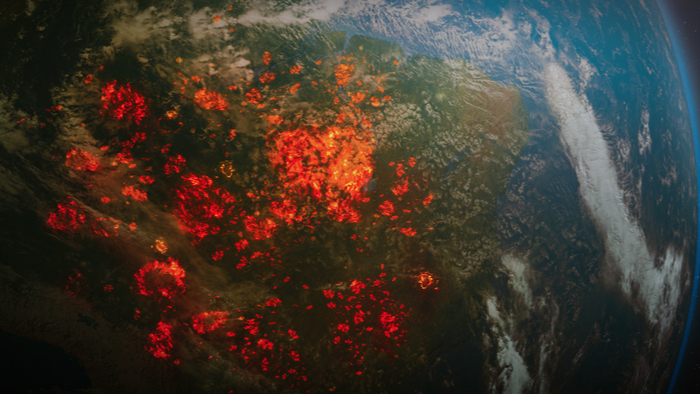 • Here are some fast facts on how the Amazon fires started and what is being done to address this severe environmental issue.

• How are you contributing to the Amazon preservation? Where are you getting your information to stay up to date on progress?

• Read about what the next step is for deforestation.

Thousands of fires continue to burn across the Brazilian Amazon.

Since January, a staggering 121,000 fires have broken out across Brazil—and more than half of those fires are taking place in the Amazon, according to the country’s National Institute for Space Research.

The fires are destroying the homes of indigenous tribes, threatening millions of animals, and even darkening the skies over major cities.

Here, researchers explain more about the fires and what’s at stake:

Similar to the United States and Canada—where wildfires are typically caused by humans—the fires in the Amazon are nearly all man-made.

People often set these fires deliberately, however, as part of slash-and-burn agriculture—a method of growing food in which farmers and cattle ranchers deliberately cut down and burn forestland to clear it for crops and livestock, according to Erin Sills, professor and director of international programs in the forestry and environmental resources department at North Carolina State University.

After a significant reduction in forest clearing in the Brazilian Amazon from 2004 to 2012, both deforestation and fires are on the rise. The rate of fires in the Amazon has risen by more than 85% since last year alone.

Many critics blame the policies of Brazilian President Jair Bolsonaro for the increase in deforestation and fires.

Unfortunately, though, the Amazon evolved for millions of years without fire, meaning unlike some other forests where fire is a natural and necessary part of the ecosystem, its plants and animals simply lack the necessary adaptations to survive the heat.

The fires in the Amazon have escalated into a global political crisis, with millions of people taking to social media—and the streets—to demand action against the fires.

Read the full article about Amazon fires at Futurity.

If you are looking for opportunities to take action and give money to Environment, here are some Giving Funds, Charitable Organizations and Projects aggregated by Giving Compass where you can take immediate action.