Women Are Helping Clear Their Countries of Landmines 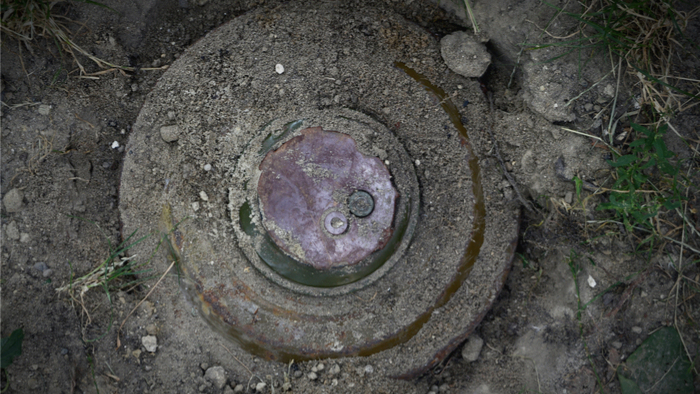 • Olimpia Nduva Chicoma Dala lives in Angola and is part of the Women in Demining project, run by UK-aid funded HALO Trust, where women help to remove the landmines left from the war.

• There are dangers involved, but women are provided training. How can this work provide empowerment?

• Read about the advocacy efforts of the late Princess Diana and her fight to ban landmines.

In areas hit by conflict all over the world, landmines are an ongoing threat. They still wreak havoc on populations that are trying to rebuild their lives and move towards peace.

Deaths from landmines have, this year, reached the highest levels for a decade — and horrifyingly, half of those killed are children.

Now, in areas where a large number of the male population have been killed, hundreds of women are joining together to clear their communities of the lurking danger of landmines.

One of these women is 27-year-old Olimpia Nduva Chicoma Dala, from Lobito, in Angola. The mother of two is part of a “Women in Demining” project, run by UK-aid funded HALO Trust.

“It is really hard for women to find work in Angola, especially for my generation,” she continued. “When I first heard that the job with HALO involved removing landmines I was frightened — I thought maybe I will die doing this!”

“My family suffered during the war,” continued Chicoma Dala. “Some of them died running from the soldiers, some were killed by bullets. The landmines from the war represent a big danger to our lives, but as a woman I am able to contribute to my country by removing them.”

This week, the UK government pledged £46 million of overseas aid funding to help support the global effort against landmines.  The money will be used to train all-female demining teams, working alongside local authorities, governments, and organisations such as the HALO Trust, and Mines Advisory Group (MAG). The training empowers women through skills training in landmine clearance, vehicle mechanics, and paramedic first aid, with projects across Africa and Asia.