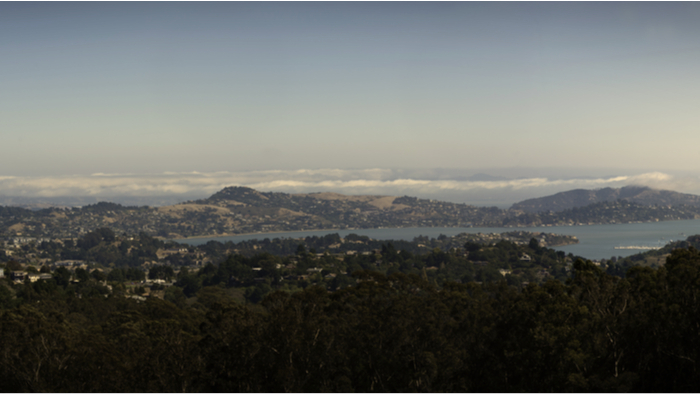 The Iu Mien people, originally from the southern part of China, migrated into northern Laos and Thailand from the 19th to the 20th centuries, where their livelihoods depended on farming. During the Vietnam War, the United States contracted with Iu Mien villagers to provide the US military with surveillance and armed manpower in Laos. When the war ended in 1975 and the Pathet Lao communist forces were victorious, entire Iu Mien villages packed up overnight and fled to US-funded refugee camps in Thailand.

“We had nine boats to cross the [Mekong] river, each held about 40 people,” recalled Kao Chiem Saechao, who was 17 years old at the time. “About 40 people couldn’t make it to the boats. Many were killed.”

Between 1976 and 1995, 40,000 Iu Mien refugees resettled in the United States, with 5,000 settling in the San Francisco Bay Area and others moving into such Northern California cities as Sacramento. As with many refugee communities, integration was difficult, especially at first. Adults typically had limited English proficiency and struggled to find jobs. In 1987, an estimated 71 percent of the Iu Mien population in Sacramento was on some form of public assistance.

In Laos, Iu Mien had been accustomed to living in clans of 20 or so related families that supported each other. But as they grappled with building new lives in the United States, their social ties began to unravel. “Many of [the elders] thought that because they didn’t speak English, they have no life, no value in society,” recalled Kouichoy Saechao, who was among the first Iu Mien refugees to arrive in the Bay Area.

The Iu Mien’s connective social structure eroded when they arrived in the United States, but they sustained a strong sense of leadership. Many of the village leaders—or their children—retained a high degree of trust within the Iu Mien refugee community. For example, elders asked Kao Chiem, who was only in his early twenties at that point, to take on a leadership role. Because his father had been a respected leader in Laos, people trusted Kao Chiem. The foundation of trust, combined with an ability to understand the community’s needs, enabled Kao Chiem, Kouichoy, and other informal leaders to step up and begin to bring the community together.

Role models matter. The Iu Mien’s positive deviants—people who found solutions to common challenges and set tangible, doable examples for their peers—proved it was possible for other Iu Mien to pioneer new livelihoods in their adopted homeland, despite the daunting obstacles. Kao Chiem and Kouichoy modeled pathways to build careers; Muang demonstrated to other young women that even though they came from a patriarchal culture, higher education and rewarding work were attainable.

As cousins and friends followed the role models’ footsteps, they knit together networks where peers exchanged techniques and tips for getting ahead. When peers act as role models for what is possible, other peers can follow their lead—and their efforts compound.

Seed capital is vital, but not at the cost of peers relinquishing control. The modest grants that LIMCA received from the California Endowment and other funders helped catalyze the campaign to build the cultural center and temple. However, LIMCA’s leaders understood that if peers could direct the effort and lead their own change, they would likely get a better outcome.

Raising much of the funding from the Iu Mien community, which didn’t have a lot to give, was enormously challenging. But it gave people the opportunity to opt into something of their own choosing—something that was a little larger than themselves. The result—a restored sense of pride in Iu Mien culture—underlines the power of one peer-driven change’s key features, initiative and self-determination. Peers owned their solutions.

Mutuality exists in all communities, even if it is sometimes latent. Although many Iu Mien experienced deep dislocation and isolation when they first arrived in the Bay Area, the possibility that families would pull together and support each other bubbled just beneath the surface. The social structure that had sustained them in Laos— the village clans of twenty-something families, with a shaman and a chief as leaders— could be replicated across Iu Mien communities in Richmond, Oakland, and elsewhere.

Read the full article about peer-driven change in San Fransisco at The Bridgespan Group.

Learning with others and benchmarking are key steps towards becoming an impact giver. If you are interested in giving with impact for Human Services, take a look at these events, galas, conferences and volunteering opportunities to connect with individuals like you.

If you are looking for opportunities to take action and give money to Human Services, here are some Giving Funds, Charitable Organizations and Projects aggregated by Giving Compass where you can take immediate action.