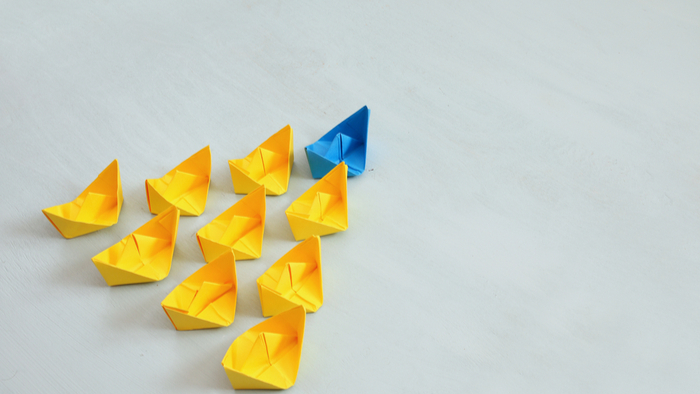 Nelson Mandel writes in his autobiography, Long Walk to Freedom, that a good leader “…stays behind the flock, letting the most nimble go out ahead, whereupon the others follow, not realizing that all along they are being directed from behind.” Elsewhere he notes, “You take the front line when there is danger. Then people will appreciate your leadership.”

Nelson Mandela writes in his autobiography, Long Walk to Freedom, that a good leader “… stays behind the flock, letting the most nimble go out ahead, whereupon the others follow, not realizing that all along they are being directed from behind.” Elsewhere he notes, “You take the front line when there is danger. Then people will appreciate your leadership.”

When I was an assistant program officer at the Ford Foundation in the mid 1980s, I remember three occasions when Ford Foundation President Franklin Thomas invited all staff into a very brief meeting in the basement auditorium. In one of those meetings he said, “I want everyone here to remember that we are not the ones who know. It is our grantees who know. It is our job to figure out how to help them.”

Mandela’s wisdom and Thomas’ guidance applies directly to philanthropy and may be uniquely relevant at this moment.

Over the past thirty-six years, I have seen the “who knows” pendulum in philanthropy swing very far away from where Frank would have wanted it. As Anand Giridharadas documents in his book, Winners Take All: The Elite Charade of Changing the World, philanthropy desperately needs a sharp course correction towards greater humility and mutuality. However you might feel about Giridharadas’ critique, its sting will be felt until those who are meant to benefit from philanthropy are “out ahead.”

What Leading from Behind Looks Like: A Snapshot from South Africa

During the South African liberation struggle, I received a proposal from a group of mainly white lawyers who purported to support the black-led trade union movement. These white lawyers clearly stood with the oppressed, and had been targets of the apartheid regime. One of the lawyers, Halton Cheadle, had been a trade union organizer, received a five-year banning order for it, and used the banning to get his legal training.

Such were the values and principles of the liberation struggle at that time, that it would never have been sufficient for the Ford Foundation to rely on their pedigrees alone. In early 1984, Cheadle arranged for me to meet with the man who was successfully organizing mineworkers for the first time since the long dead predecessor union, the African Mine Workers Union, was brutally crushed by the state in 1946. His name was Cyril Ramaphosa. He was barely 30, but his life experience, organizing acumen, and a quiet confidence born of routinely achieving the impossible gave me a new appreciation of what the liberation struggle was all about, and implicitly, what it would take for the Ford Foundation to play its best and highest role.

About halfway through the evening I asked the question that I had come to ask. Of course, I can’t recall exactly what I said, but it would have been something like this:

“The Ford Foundation has received this proposal from the Centre for Applied Legal Studies. If we were to fund their request, it would make up the bulk of the funding they need to operate five lawyers over the next three years. An important part of their work is dedicated to support the National Union of Mineworkers and other black-led unions. The Foundation’s program strategy states that we want to support the black trade union movement, though United States law prevents us from providing direct support to the unions. I am aware that you receive that kind of direct support from international trade federations and worker solidarity groups. While our laws do not allow us to do that, we could support these lawyers. Is that something that would be helpful to you?”

Ramaphosa tilted his head and leaned back looking at me intently. After a long pause he went straight into a story about the first time he met Cheadle. There had been a horrific and violent incident perpetrated on his union organizers, and he wanted to use the courts to publicize and challenge what was happening. I remember exactly what Ramaphosa said at this point. “When I told Cheadle the facts of what had happened he became very agitated. He jumped up and stormed around the room, cursing and shouting in a kind of primal fury. Eventually he calmed down and we had a conversation about a possible legal strategy. I knew by the end of that meeting that I had found my lawyer.”

What was most important about what Ramaphosa said that night was in what he did not say. He never gave me a direct statement about whether to make the grant or not. That was implicit. He was telling me what kind of Ford Foundation program officer he needed. From that moment on, it was the kind of program officer I strove to be.

The human rights lawyers supported by Ford Foundation in the 1980s went on to play the leading roles in fashioning the legal building blocks of a new post-apartheid democracy, including the Constitution (1996). Cheadle was the principal author of South Africa’s Labour Relations Act of 1995, cited internationally to this day as a model for labour protection and regulation. Ramaphosa is, of course, the recently elected president of South Africa.

The Ford Foundation could not have known its human rights programming would come to be seen as pivotal in creating the legal and judicial order that has been the main bulwark against corruption in the legislative and executive branches in South Africa. Our intention was, as I wrote in last month’s post, to demonstrate the value of human rights and the rule of law despite the fact that apartheid laws were unjust and oppressive. It was the churches and the unions that were leading the anti-apartheid struggle. Taking our cues from democratically accountable black leaders like Archbishop Tutu and Ramaphosa, we supported the lawyers that they valued. They were the ones who knew. And we knew their lawyers through them.

Southern African Ubuntu philosophy says that you can only truly know yourself through others. It is also the highest, best, and most effective approach to philanthropy.