Mary Ippoliti-Smith: A Career in Animal Protection by Way of a Chance Newspaper Ad

Maddie’s Fund is a family foundation created by Workday co-founder Dave Duffield and his wife Cheryl in 1994 as a promise to their beloved schnauzer Maddie, a small dog with a big personality. Mary Ippoliti-Smith is responsible for the development of the strategic direction, annual operating business plan and policies to fulfill Maddie’s Fund’s vision: To create a no-kill nation where every dog and cat is guaranteed a healthy home or habitat.

After graduating from UC Berkeley with a degree in development studies, the Ohio native decided to explore employment opportunities in the Bay Area. While looking at the classifieds in the San Francisco Chronicle, Ippoliti-Smith came across an ad for a grant writer placed by the San Francisco SPCA. Although she didn’t really know what a grant writer was, she said to herself, “I’m a good writer!”

Ippoliti-Smith quickly typed up a cover letter and dropped it in the mail with her resume. About a week later, it came back as “undeliverable.” Ippoliti-Smith called the SF SPCA and found out that the address was listed incorrectly. “‘Oh yeah, sorry about that,’ said the employee who answered the phone,” Ippoliti-Smith recounted. “She explained, ‘There was a typo in the ad. Can you resend it?’”

Ippoliti-Smith was soon asked to come in for an interview. “One of the interview questions was, ‘What’s your sign?’ I remember worrying if Libra was the right answer. I guess it was!” she joked.

Ippoliti-Smith remained at the SF SPCA for eight years. “I was very happy there,” she said. “It was a very progressive animal shelter led by an amazing and talented team.” It was also where she met Rich Avanzino, who would be an important figure in Ippoliti-Smith’s career in animal protection.

Avanzino left the SF SPCA in 1998 to become president of Maddie’s Fund, which was established to revolutionize the status and wellbeing of companion animals. Avanzino soon invited Ippoliti-Smith to come on board. Joining Maddie’s Fund as program officer and later serving as vice president of operations, Ippoliti-Smith was involved in every facet of philanthropic activities, supervising day-to-day operations, and managing a multi-million-dollar budget and $10 million in grants annually. In 2015, Ippoliti-Smith became a part of Maddie’s Fund’s Executive Leadership Team, the high point of her career so far.

Gained during her time at the SF SPCA, Ippoliti-Smith’s experience in building community coalitions has been a tremendous asset to Maddie’s Fund. The foundation has seen a large return on its investment in such coalitions, which have been credited with dramatically increasing spay/neuter rates, reducing shelter deaths, and increasing shelter animal adoptions nationwide. Furthermore, the foundation’s focus on this lifesaving strategy helped give rise to Shelter Animals Count, a national database of shelter animal statistics that enables data-driven insights to save more lives.

Maddie’s Fund, which invests in various strategies to save and improve lives, has also seen tremendous success from its grants to the Shelter Medicine Programs at UC Davis, the University of Florida, the University of Wisconsin and Cornell University. “This support is responsible for the birth of the shelter medicine specialty within veterinary medicine,” Ippoliti-Smith said. “This has resulted in better medical care for animals coming into shelters, many of whom are seriously ill or injured and in need of this specialized care.”

More recently, Maddie’s Fund has been interested in improving access to veterinary care. Working closely with Michael Blackwell, DVM and Susan Krebsbach, DVM, members of the Access to Veterinary Care Coalition (AVCC) at the University of Tennessee, the foundation has donated $3.28 million to date to help the AVCC identify barriers to access and provide low-cost veterinary care to pet owners in underserved communities.

With the dual goals of improving quality of life for homeless pets and making the public part of the solution to pet homelessness, Maddie’s Fund has been interested in expanding foster-based sheltering in recent years. “We don’t see orphanages in this country,” Ippoliti-Smith pointed out. “Similarly, foster homes are preferable to shelters for homeless pets. If there is one good outcome of COVID-19, it’s that our vision for the future of animal sheltering is happening now. We’re now focusing on how to keep this new model going beyond the pandemic.”

In conclusion, Ippoliti-Smith shared, “Animal lifesaving doesn’t occur in a vacuum, which is why groups like Animal Grantmakers are so valuable. In addition to seeing Animal Grantmakers grow, I hope to see more donors coming to the realization that helping animals also helps people. By bringing all types of people together, pets are a common denominator in building stronger and healthier communities.”

Ippoliti-Smith shares her East Bay home with her husband and their three dogs: a Puggle named Gracie and two Chihuahua mixes, Ziggy and Daisy. 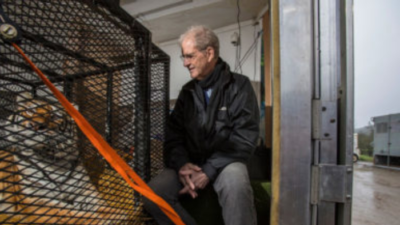 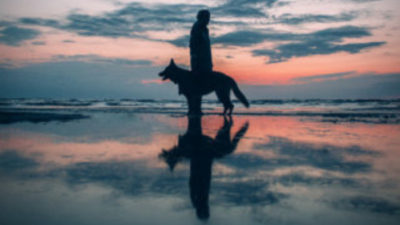