Tanoto Foundation: The Power of Education

This article was first published in Chandler Foundation's Social Investor.

A Life-long Commitment to Education

When Sukanto and Tinah Bingei Tanoto officially opened the doors to the new kindergarten they had built in Besitang, on 7 September 1981, it would mark not just the start of a new school in the village, but also the beginning of the couple’s life-long commitment to the educational cause. By July 1982, a primary school would follow, as did a junior high school in May 1990 — ensuring that children (including those of the staff who worked at the Tanotos’ plywood mill) in the rural North Sumatra city would have access to a quality education that previously could only be found in more developed cities such as Medan.
‍
Although initially established to facilitate learning, the Tanotos quickly realized that the schools they built could also be used to serve a variety of uses, such as providing spaces for parents and adults in the village to attend social development and skills training programs.

“Eventually, those three schools had the effect of improving the livelihoods of so many families in Besitang, which in turn, improved the general quality of life in the community,” revealed the Tanoto Foundation’s CEO Satrijo Tanudjojo. “Even though Sukanto Tanoto himself became very successful without a formal education, he was always a firm believer in education as the key to improving people’s lives and futures. The transformative impact of those three schools in Besitang only served to prove to him that when properly harnessed, the power of education can accelerate opportunities.”

Working with Government to Achieve Impact

In the decades to follow, the couple — through the Tanoto Foundation — would act firmly on that belief, working tirelessly and committing millions of dollars to improve education and literary standards globally.
‍
To achieve impact at scale, they also made sure to work closely with governments (and continue to do so today). PINTAR, an initiative launched in September 2018 to improve the quality of education in Indonesia is one such example. Since its inception, the program has partnered with some 20 districts/cities in five provinces and trained more than 16,000 teachers, thus benefiting students in over 2,215 schools.

Explained Tanudjojo: “We believe that philanthropy is not here to replace the government. No matter what a philanthropist does, it is minute compared to what the government can achieve. In education, which is our area of focus, if you do not work with the government, the impact cannot be optimum.

“The foundation has always challenged itself to go beyond donations and play a part in creating real transformation but that is only possible if you work with governments. This is why, as of 2017, we’ve only approved programs that partner with governments.”

We believe that philanthropy is not here to replace the government. In education, which is our area of focus, if you do not work with the government, the impact cannot be optimum.

The close relationship that the foundation has built with governments, particularly in Indonesia, is one of the reasons why it is able to respond swiftly to relief efforts when crises take place, even though its primary focus is education. For instance, when the COVID-19 outbreak hit Indonesia, the foundation, with the help of the logistics and procurement expertise provided by the Tanotos’ family business RGE Group, took just 10 days to procure and transport Personal Protective Equipment (PPE) from China to Indonesia.
‍
“Because we have worked closely with the Indonesian government and other stakeholders, we were able to quickly identify what was needed most urgently — in this case PPE — and then we utilized all our resources to find a way to provide them,” said Tanudjojo, adding that the Tanotos gave immediate approval to specially charter a Boeing 737-300 to transport the PPEs to Indonesia at speed. “It helps that as an independent organization with members of the family serving as the Board of Trustees, decisions can be made very quickly when the need arises.”

Moving forward, the foundation will continue to further its mission of “harnessing the transformative power of education to realize people’s full potential,” — “The way we work might change in the post-COVID world, but our mission will not,” declared Tanudjojo.  And, he believes that even in the aftermath of the pandemic, philanthropy in Asia will continue to grow.
‍
Concluded Tanudjojo: “There is a growing appetite among philanthropists in the region to address social and environmental issues such as climate change and to align with national development agendas to achieve longer-term goals.
‍
“I also believe that because of the collective nature of Asians, we will see an increased number of partnerships among philanthropists for joint resources initiatives. Generosity is an Asian trait, so the question is how can we channel that generosity into philanthropy that makes an impact — that would be our collective challenge moving forward.”

The Tanoto Foundation is the independent family philanthropy of Indonesian entreprenuer Sukanto Tanoto and his wife Tinah Bingei Tanoto.

Women’s Land Rights Are a Path to Empowerment 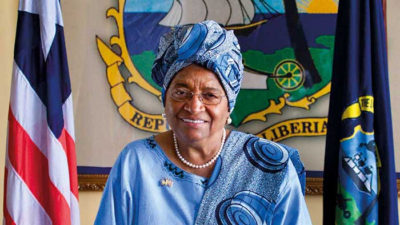