Backlash: A Sharp Right Turn by a Philanthropy Membership Organization

The Center for Effective Philanthropy May 26, 2021

It’s entirely predictable, I suppose, but the backlash to last year’s reckoning on racism is definitely here, a year after George Floyd’s horrific murder–and now it’s visible within the little world of institutional philanthropy.

We are seeing, for example, both the CEO and the board chair of Philanthropy Roundtable conflate, in recent op eds, a focus on racism and racial justice with “identity politics.” They are stoking fear that confronting this country’s historic and present-day systemic racism–or even using these words–means ignoring the plight of poor or rural whites (as if these things were zero sum) or somehow threatens free-market capitalism.

In short, they’re sowing division while claiming to do just the opposite. This is a sharp right turn for Philanthropy Roundtable under its new CEO, Elise Westhoff, who has ushered in a new staff and a new and decidedly different tone.

Unlike her predecessor, Adam Meyerson, who sought to find common ground “across the ideological spectrum,” as he put it during a plenary at CEP’s 2019 conference, Westhoff has issued broadsides against specific foundations and specific philanthropic leaders. She warns in USA Today that “people-focused philanthropy … is on the way out. In its place, a philanthropy that disempowers and divides has taken over.”

She leads off her piece with a genuinely powerful personal childhood story of her own resilience–and lessons of self-reliance learned from her mother and stepfather. She apparently worries that those lessons are being threatened by what she sees as a worldview in which donors “are … being asked to view all problems through the lens of particular identity groups, while ignoring others in the country who are suffering.”

So why does the hard right turn of a philanthropy membership organization even matter? There are many reasons, of course, but here is one: because it leaves thoughtful, conservative donors and foundations, like the many with whom CEP works as clients of our assessments and funders of our research, with nowhere to turn.

Moreover, and perhaps more important, it renders the possibility of powerful cross-ideological philanthropic alliances–like those that have worked in support of criminal justice reform–much less likely. This at a time when we desperately need, as a country, to find common ground.

The shift at the Philanthropy Roundtable is pronounced enough that I think it deserves discussion. Caricature and denial of the role of racism in American history and today definitely won’t move this country forward. And it’s just wrong.

My guess is that many Philanthropy Roundtable members–or former members–agree. “We certainly find among our own membership a real concern for the state of the country, a concern about all the vitriol we see–the character assassination, the lies,” said Meyerson at that same 2019 CEP conference I mentioned earlier. “And we see this across the spectrum. And a number of our members have been working together with funders from a different perspective to try to encourage disagreement without demonization and to encourage serious debate.”

Wise words and worthy goals. And a shame to see Philanthropy Roundtable, under Meyerson’s successor, move in a direction so contrary to that sentiment.

Read the full article about backlash by Phil Buchanan at The Center for Effective Philanthropy. 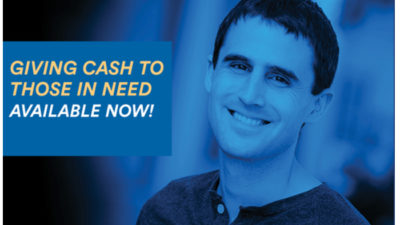 Understanding and Sharing What Works: The State of Foundation Practice 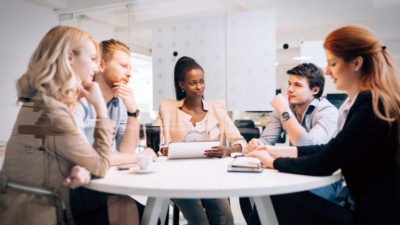