We Need an Attitude Shift for Criminal Justice Reform

“What percentage of people in prison today are there for violent crimes?”

The activist DeRay Mckesson stared expectantly across the table at me. I was interviewing him for the Heinz Endowments’ “We Can Be” podcast, but DeRay, host of “Pod Save the People” and a Jedi master at this craft, had deftly and swiftly turned the tables on his host.

“Twenty percent?” I guessed, embarrassed not to know the precise figure.

He wasn’t just toying with me — he was making a point. The more we believe that people in prison are violent and dangerous, the more inclined we are to accept the nation’s bulging prison populations and costs, along with the mass incarceration of black and brown people, as somehow necessary for public safety.

Thankfully, over the course of the past decade, that tragically misbegotten narrative has been increasingly disrupted by pioneering thinkers and activists like Michelle Alexander and Bryan Stevenson. They have highlighted how disparate laws and enforcement approaches, many rooted in nothing more than racism on the one hand and the protection of privilege on the other, have resulted over time in wildly disproportionate rates of incarceration for people of color.

They have called attention to the vast numbers of people ensnared in the criminal justice system who have been found guilty of minor crimes — or, stunningly, of no crime at all — but who cannot find their way out because their poverty keeps them from paying the draconian fines, bail and bonds that lock them in place and deprive them of any hope of a livelihood. They have demonstrated how a system that claims to be fair and impartial instead has been almost perfectly designed to discriminate against people based on skin color, disability, gender orientation and economic status.

As Darren Walker, president of the Ford Foundation, told me recently during a conversation about disability rights, a decade ago society largely took the phenomenon of mass incarceration as an unfortunate but necessary given. Today, however, that narrative is changing.

A growing number of people — including, critically, some policymakers, commentators and law enforcement officials — are recognizing mass incarceration for what it is: racist, unfair, and a terrible waste both of taxpayer resources and of human potential. That’s why, today, there is a bipartisan movement to end mass incarceration, because responsible people on both the political right and left agree that the system as it currently functions must be reformed.

So much of America’s criminal justice system as it exists today is driven by the threefold, closed-loop logic of fear, racism and indifference. Why has a freedom-loving country become the developed world’s most aggressive jailer of its own people? Why have Americans tolerated the staggering costs of a voracious and self-perpetuating prison industrial complex?

To truly reform America’s criminal justice system, we are going to have to do the hard work of untangling ourselves, bit by angry bit, from the vicious snarl of the fear, racism and indifference that has shaped it.

Read the full article about criminal justice by Grant Oliphant at The Center for Effective Philanthropy.

Foundation Leaders, It’s Time to Shrink the Gap Between Words and Deeds 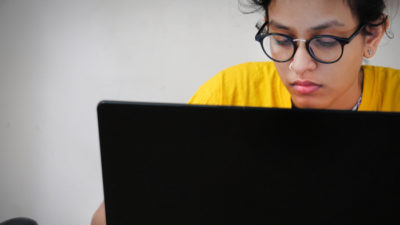 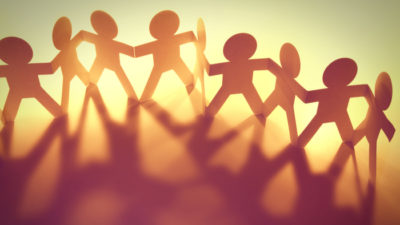