How One Giving Circle Became a Voice for Human Trafficking Victims

By Paula Liang, a former President of Women’s Giving Alliance and the current Vice Chair of Philanos.

When the Women’s Giving Alliance (WGA) embarked on a mission to support mental health programs for women and girls in Florida – the state ranks 49th in the U.S. in per capita funding of public mental health -- its members expected to encounter gaps in services, underpaid professionals and much more need than their funding alone could meet.

What they didn’t anticipate was the journey they would embark on to support victims of human trafficking.

WGA, a 480-plus member giving circle, an initiative of The Community Foundation for Northeast Florida and an affiliate of Catalist, learned from local mental health local agencies that many of their clients described being trafficked, often multiple times. While these girls are sometimes labeled “child prostitutes,” WGA members learned that there is #NoSuchThing from Malika Saada Saar, co-founder of Rights4Girls and creator of the hashtag campaign, driving home the point that a minor cannot consent to any sex, whether paid or not. These children are the unwitting and unwilling victims of criminals and criminal organizations, and are routinely bought, sold, drugged and repeatedly violated.

There is nothing like a tale of serially abused children to galvanize a group of passionate, informed women. Using education and advocacy, WGA was able to make an impact in its community.

Once they learned of this issue, WGA’s Education and Advocacy Committees started creating programs to better understand the problem. Dr. Katariina Rosenblatt, a lawyer from Orlando who was sold twice by the time she was 17 and author of Stolen: The True Story of a Sex Trafficking Survivor, spoke to a rapt audience. Her testimony as a survivor-mentor was eye-opening and upsetting, but also motivating.

Rosenblatt helped WGA members understand that the same attributes that make Jacksonville a logistics hub — a deep water port with highways that connect both north/south and east/west — also enable traffickers to snatch a 12-year-old off the street and have her three states away in a matter of hours.

While WGA eventually made several significant grants to organizations that addressed the needs of women and girls who were rescued from traffickers, the more important impact of this work was the understanding that these women and girls needed not only funding but community and advocacy. At the urging of the executive directors of the agencies who supported them, WGA members started to show up at sentencing hearings, and legislative committee sessions. For the first time in WGA’s history, an op-ed was submitted to the local paper, and was printed on a Sunday, above the fold.

It was game changing for WGA, and for its grantees, who received renewed interest and funding from folks who consider WGA to be the “Good Housekeeping Seal of Approval” for local nonprofits.

Collective Action That Leads to Change

There are many, many poignant individual stories to tell from the five years WGA spent on the ground in mental health, but this one is particularly timely: Jamie Rosseland, a young woman WGA first got to know when she worked at Rethreaded (one of the first WGA human trafficking grantees), now serves as a survivor-advocate at another agency funded in part by WGA. She is also a member of WGA, not surprisingly as part of the Advocacy Committee. In early January, she travelled to Tennessee to join other survivors to advocate for Cyntoia Brown, who, at age 16, killed a man who paid to rape her when she was a teenage trafficking victim. Tennessee Gov. Bill Haslam recently commuted Brown’s sentence.

It’s been remarkable to see someone who WGA supported grow into a powerful agent of change and impact the lives of other survivors.

How You Can Help:

Gender and Giving During the COVID-19 Pandemic 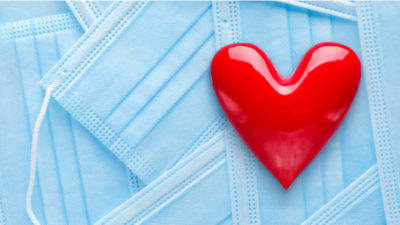 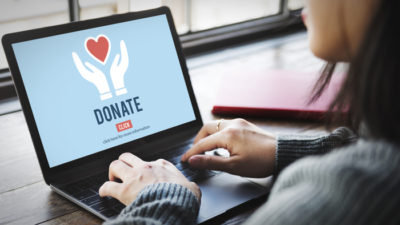