By Andrea Pactor, Former Director of the Women’s Philanthropy Institute.

Merle Chambers is a trailblazer. Not only was she the third woman to reach both the North and South poles (by plane), she was also one of the very few women CEOs in the energy world in the 1980s.  Following the sale of her privately-owned oil and gas company, Axem Resources, Inc., in 1997, she founded Chambers Family Fund (now Merle Chambers Fund), and began devoting her time to philanthropy, especially investing in systems change and advocacy for women and girls.

“By supporting their futures, we’re helping women and their families at the same time,” Chambers said. Poverty is not just about a single woman who can’t earn a living, it’s a multigenerational issue."

Chambers established three women’s funds at community foundations in states where her company had large oil and gas operations – Wyoming (1999), Montana (1999), and Oklahoma (2003). Chambers adopted this approach to give back something of permanent value in the states where her family had business interests. She’s also made significant contributions to grow The Women’s Foundation of Colorado.

The 20th anniversary of the Wyoming and Montana women’s funds is a propitious moment for reflection on Chambers’ philanthropic journey to better understand the impact of her commitment and loyal investment in these funds.

In For the Long Haul

Chambers was intentional and deliberate in creating the women’s funds within community foundations.  She wanted entities that were permanent, state-wide, and that would benefit women.

Her strategy was to offer a $500,000 five-year challenge grant to each state to raise a $1 million endowment so that leaders would not only grow the fund but would also own the process and the organization. To build awareness of the new initiative, she allocated $50,000 a year for five years for grantmaking, recognizing that awarding grants across the state would generate more interest and additional support. Chambers has continued to support the women’s funds with a $25,000 grant each year for operations; this has helped to create stability over the long-term. Comparing the funding model to running a business, she said, “It helps a business to know where revenues come from. The same applies to nonprofits.”

Chambers acknowledged she didn’t anticipate the impact her efforts to start the women’s funds would have. In 1999, women’s philanthropy was not on the radar in these states. The funds have grown women’s philanthropy in each state – for example, Women’s Foundation of Montana has granted nearly $900,000. A culture in which women are working together to address community issues has evolved and groups that hadn’t talked to one another began to collaborate and cross-fertilize ideas and projects. These experiences have allowed Chambers to meet extraordinary women.

“In this space, you get more than you give,” she said. “My own life has been enriched as a result of this work.”

Connecting to the Broader Landscape

Merle Chambers Fund promotes an “engaged funding philosophy” and seeks partnerships with other funders and grantees to develop creative solutions. Perhaps the vast vistas across the western states where Merle Chambers worked influenced her, but Merle is not only a part of the vibrant philanthropic community in Colorado where she lives but has also been part of the broader philanthropic landscape.  She’s been involved in the Women Donors Network, Women Moving Millions, and Ascend at The Aspen Institute.

Chambers sees and acts on what’s possible. The success of the women’s funds in Wyoming, Montana, and Oklahoma prompted Merle to share her experiences with a broader audience to encourage the growth of women’s funds in other parts of the country. Chambers Fund published a detailed and practical guide to creating women’s funds within community foundations in 2006. In 2017, they partnered with Dallas Women’s Foundation (now Texas Women’s Foundation) to release an updated and expanded publication.

Distilling a lifetime of giving, Chambers offers this advice to philanthropists who are beginning their journey. 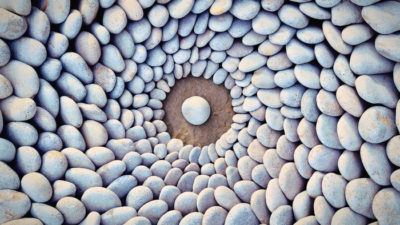 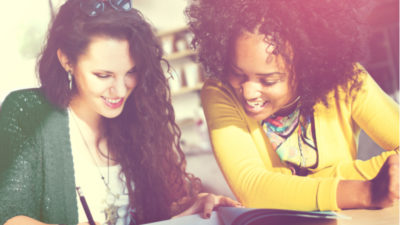