As described in part one of this series, unsheltered homelessness presents a unique aspect of danger: the criminalization of homelessness puts those living outdoors at constant risk of potentially dangerous interactions with police. Shifting the response to unsheltered homelessness from a carceral one to a community-based one means protecting the people we serve. Seizing upon the current wave of renewed national interest in decarceral forms of justice, the field can move quickly to enact progress for unsheltered people. Some communities, municipalities, and activist organizations in the U.S. have already begun taking steps to decriminalize homelessness, replacing some carceral tactics with housing and support service.

Service providers in Connecticut are working together with prosecutors to secure guarantees that they will not prosecute chronically or unsheltered homeless people for minor offenses.

Connecticut is also introducing a public education campaign encouraging citizens to contact 211 instead of 911 for non-emergency situations. This includes people experiencing homelessness and people experiencing mental health crises, which will result in trained resource personnel responding instead of police.

In 2019, the Portland Police Bureau hired its first “homeless community liaison”, Stephanie Herro. The position is a law enforcement role tasked with serving as primary contact between local homeless service providers, social service agencies, and the police, and with developing a strategic response plan for responding to Portland’s growing unsheltered population, including collaborating with the Bureau’s Training Division to ensure ground officers are properly trained in providing services to unsheltered people.

The Corporation for Supportive Housing’s (CSH) FUSE initiative identifies frequent users of public systems, including hospitals, jails or prisons, and shelters, and provides them with supportive housing, significantly reducing returns. Two years after this program was carried out in New York City with a pilot cohort of 200 members, 86% of participants were in permanent housing.

Recent legislative ventures also suggest a growing national interest in an innovative, decarceral approach to homelessness and policing. For example, Oakland’s city council recently unanimously approved a plan fund community-based alternatives to policing; Denver has successfully begun diverting police funding and replacing officers with response teams of mental health care experts; Minneapolis has reallocated millions of dollars to fund alternatives to policing; Austin has slashed its police budget by nearly half; and more than a dozen other cities across the country have made tangible steps toward reigning in their respective police departments, and increasing and improving the available community-based responses to low-level offenses.

Read about decriminalizing homelessness by Tianna Kelly at the National Alliance to End Homelessness.

Data and Community Engagement to Guide Efforts to End Homelessness 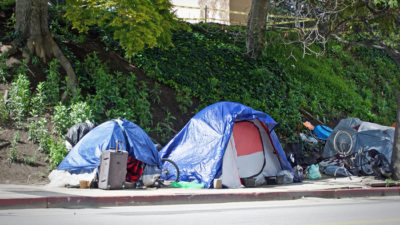 How Cities Are Approaching Tenant Protections During COVID-19 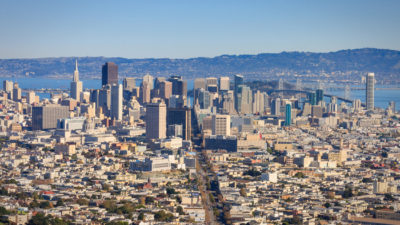