An excerpt from the April 2019 issue of Leap Update by Mario Morino and Lowell Weiss.

Over the coming months, we'll unpack "Five Habits of Highly Effective Funders." Last month, we offered greater specificity about how highly effective funders manage to build bonds of trust with their grantees, despite the inevitable power differential. This month, we're going to look at another one of the habits: "Effective foundations exemplify a 'growth mindset.'"

Our timing for this post isn't a coincidence. The Leap Ambassadors Community just published a profile of the Raikes Foundation, a true exemplar of this good habit.

For those of you who aren't educators or haven't followed the work of Stanford psychologist Carol Dweck, a growth mindset is a non-negotiable prerequisite for learning, growth, and improvement. It's based on the scientifically valid belief that your intellect and talents are like muscles that you can develop through your efforts. "The belief that cherished qualities can be developed creates a passion for learning," writes Dweck in her seminal book Mindset, a book Bill Gates loves.

A "fixed mindset," the deterministic view that your intellect and potential are pretty much set at birth, has the opposite effect on learning. If you believe your traits are fixed and immutable, you don't spend your time trying to get better. You typically surround yourself with friends and colleagues who shore up your self-esteem instead of ones who push you to grow. You live in fear of challenges that might possibly reveal to yourself or others that you're holding a pair of fives, not a full house.

The two of us have come to see that we approach some situations with a fixed mindset and others with a growth one. Mario, for example, often looks at public speaking with a fixed mindset: "I'm a fast-talking Italian. There's nothing I can do about it." In contrast, he often exemplifies a growth mindset when it comes to solving complex problems: "I'm good at this, but I know I can benefit from the perspectives of others I respect."

We've had hundreds of meetings with foundation leaders in which it was immediately apparent whether the leader was showing up with a fixed or growth mindset. We'll share a few representative stories that illustrate just how easy it is to tell the difference:

The truth is, we've been in more meetings over the years with funders like A and C than like B and D. (The same is true for the meetings we've had with business and government leaders.) But our purpose isn't to cast stones. After all, we've committed our share of fixed-mindset sins! Instead, we're eager to convince you that one of these mindsets leads to learning and improvement—while the other leads to false feelings of validation ("I didn't realize how funny, smart, and good looking I was until I became a funder!") and missed opportunities for growth.

If you're a grantmaker, please take a mindfulness moment to think about these questions when you open your next meeting with an applicant or grantee: In this moment, am I in a growth mindset or a fixed one? Do I feel gratitude for an opportunity to learn from someone on the frontlines—or am I fixed in my beliefs of what works? Am I truly open to taking in insights on where I can do better—or am I only seeking validation that my view is smart or right?

Every one of the positive-outlier funders profiled by the Leap Ambassadors has a leader at the top with a growth mindset—and, as a direct result, many others in the organization do as well. That's no coincidence. A growth mindset is one of the five key determinants of their uncommon results.

Invested in Empathetic Challenge: A Profile of Impetus-PEF 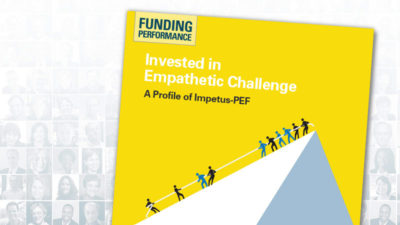 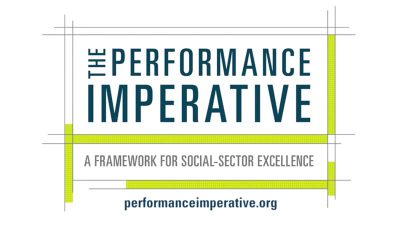 The Challenges of Changing Strategy in Foundation Work 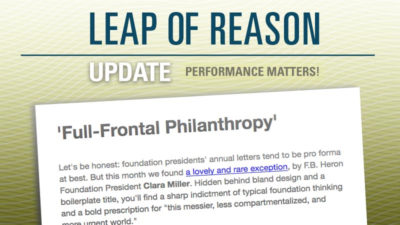