Dementia in the LGBT Community 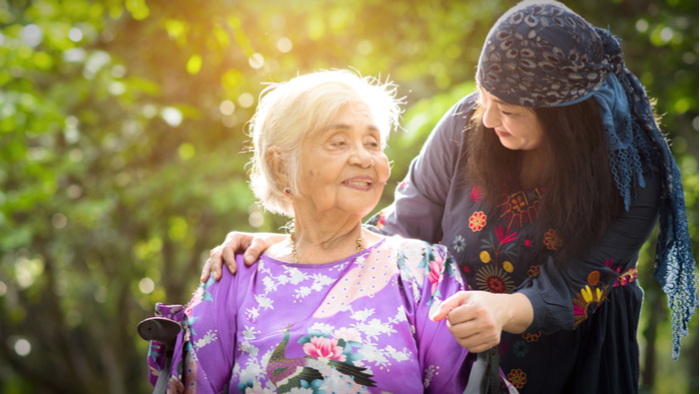 • Research from the Alzheimer’s Association and SAGE reveals the looming concerns of the LGBT community related to dementia: including medical descrimination and isloation as barriers to proper care.

• How can funders effectively tackle problems like LGBT homelessness and medical discrimination together?

• Learn about the insurance gap for LGBT individuals.

Currently the population of adults aged 65 years or older is estimated at 47.8 million. In 2030, when the last baby boomer turns 65, one out of every five Americans — about 72 million people — will be an older adult (CDC, 2013). Activists from many different communities have worked hard to highlight the diversity of the older adult population and the unique challenges faced by those who are aging and who are also members of one or more minority communities.

This is crucial work because the demographic landscape of our nation is changing quickly. By 2050, Latino, Black, Asian and Pacific Islander, and American Indian and Alaska Native people will comprise more than 42 percent of the elder population. Additionally, the U.S. older adult population includes millions of lesbian, gay, bisexual and transgender (LGBT) people. Researchers estimate that there are 2.7 million LGBT people over the age of 50, and that number is increasing rapidly as the baby boomers age and more people self-identify as LGBT. It is important to note that while we need to speak of LGBT older adults as a discrete community because many share the same challenges, LGBT people are found within every community and the LGBT older adult population is one of tremendous racial, ethnic, cultural and religious diversity.

An aging population presents many challenges and among them is caring for people living with Alzheimer’s or other dementias. An estimated 5.5 million Americans of all ages are living with Alzheimer’s dementia in 2017. This number includes an estimated 5.3 million people age 65 and older and approximately 200,000 individuals under age 65. By 2050 this number could rise as high as 16 million. At some point in their lives, one in three older Americans will deal with dementia in some capacity. LGBT older people who receive a dementia diagnosis face a particularly challenging set of circumstances. As discussed below, LGBT older adults exhibit several health disparities, such as diabetes and high blood pressure, which increase the risk of developing Alzheimer’s and other dementias. LGBT older adults are also more likely to exhibit particular vulnerabilities that can exacerbate how Alzheimer’s disease manifests and its impact, such as disproportionately high levels of social isolation and stigmatization as they age, making it difficult to find support.

I think there needs to be more training of people in the dementia field … the LGBT community has unique needs … many of us don’t have biological families or children … people in my generation are dying of HIV or aging and can’t help me … people are isolated and won’t always seek services.