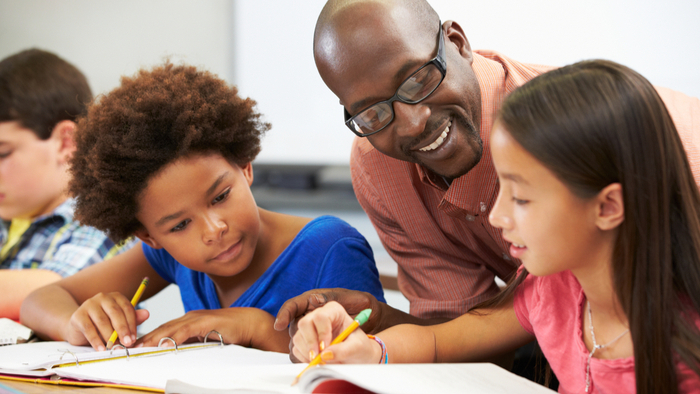 In 2018, the national venture philanthropy organization New Profit brought together pairs of donors and social entrepreneurs from their community for candid conversations on the future of social problem-solving. These “unlikely duos” were given thought-provoking questions to respond to and discuss on the spot, and we were able to see where a conversation can go when it’s centered on getting to know another person and her or his perspective, rather than the technical aspects of change-making. Relationships are fundamental to problem-solving, and these duos show us the power of two people from different backgrounds sharing insights and ideas on forward-leaning solutions.

Giving Compass caught up with Avila to talk about Education Leaders of Color’s evolution, the launch of the Boulder Fund and opportunities for philanthropic support.

She also shared this take away from her conversation with McCance: “It reminded me how important it is to have conversations with people who may seem to come from very different life experiences and really articulate what you have in common.”

When a local education leader’s proposed sanctuary policy for immigrant students was met with resistance in her school system, Education Leaders of Color (EdLoC) lent support to their regional network. 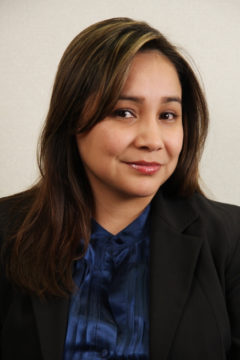 Pushback occurred because the vast majority of students in the system weren’t immigrants, but EdLoC’s coalition of black and Latino leaders saw another avenue for impact. Instead of creating a highly specific policy that only addressed these children, the group successfully crafted a broader policy that stated the ways law enforcement can access students, such as having a warrant and getting parental and superintendent consent.

“That’s the kind of impact that we hope to increase in other regions where we have regional networks,” said Layla Avila, CEO and executive director of EdLoC. “[We hope] to support people to affect change locally and do so with a powerful coalition of like-minded leaders.”

EdLoC was born from a conversation between 18 black and Latino education leaders who questioned their role in the polarizing education reform space. This is what inspired EdLoC’s “Third Way Values.”

“We wanted to ensure black and Latino leaders had a voice and influence in the efforts to improve education because it was a very homogenous space,” Avila said. “Our leaders think from the perspectives of communities and parents because they’re often from those communities,” Avila said.

EdLoC’s 300 members are working to create schools and experiences that will interrupt intergenerational poverty, while ensuring there is a broader focus beyond education policy to make sustainable change.

“We had to grapple with the fact that there are a lot of policies that affect how kids perform in school that we can’t ignore,” Avila said. “It doesn’t mean we have to solve all the problems, but we have to be cognizant of them and think in more intersectional ways.”

Supporting Leaders in a Complex System

As education leaders tackle difficult obstacles in their communities, Avila said EdLoC plays a crucial role in building a coalition of black and Latino leaders. It also serves as an important support network and resource for its members.

“We know that there are often forces that try to divide us and pit one group against the other,” said Avila. “We really want to create an organization where we can say, ‘Here’s what we share and here are the places where we show up for one another.’”

The Boulder Fund is one example of EdLoC’s commitment to empowering its members. Launched in 2017, the grant program awarded a total of $800,000 for innovation to six education leaders of color. Some of the initiatives include strengthening school readiness for homeless children and disrupting the school-to-prison pipeline affecting young men of color. The goal is to raise $1 million and award more grants in 2018 and 2019.

“We don’t come from a lot of resources in our family, so we often have a difficult time accessing philanthropy, which is why we set up the Boulder Fund, ” Avila said.

In addition, EdLoC established the Boulder Endowment to ensure lasting change. To date, the organization has raised $2 million toward the $10 million goal. It’s a chance for philanthropy to support leaders with extraordinary ideas who don’t have a national profile.

“Our job is to find who these folks are and elevate their voice and elevate their profile, because I think this is the way you will find new solutions to the problems that we all want to solve,” said Avila. “I think we have an opportunity to invest in some rising stars.”

If you are interested in K-12 Education, please see these relevant events, training, conferences or volunteering opportunities the Giving Compass team recommends.