Global Issues are Connected and that Matters 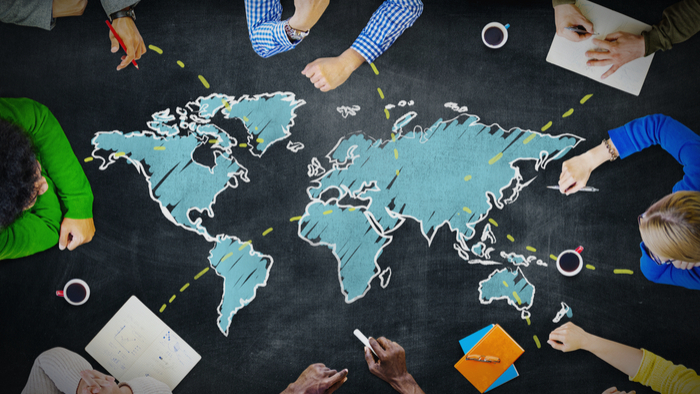 • Global issues such as health, environment, finance, and conflict are all interconnected. The author shows the connections between both global problems and solutions in hopes of further understanding the best course of action.

• Read Fast Company coverage of the competition that brought about four finalists who will help solve global issues.

Although we may think about specific global issues like health, conflict, finance, and the environment as separate – and perhaps unrelated – challenges to be tackled independently, the reality is far from it. They are actually deeply connected, and our understanding, appreciation, and responses should be shaped accordingly.

The interconnectedness of these issues is at the heart of the Sustainable Development Goals (SDGs), which have been purposefully crafted to be inclusive and integrated across the social, economic, environmental, and governance fields.

Of course, our ability to address these issues is directly correlated to our ability to mobilize resources at the scale needed. Current estimates suggest that achieving the SDGs will take between $5-7 trillion in annual investments – a figure that far exceeds current levels of official government aid and suggests the need for innovative new models of financing to fill the gap.

Here are a few examples of where we see undeniable connections:

– Approximately 87% of people in extreme poverty live in countries that are fragile and/or are environmentally vulnerable.

– Nine of the 10 countries most affected by extreme weather events between 1997 and 2016 were developing countries. In many impacted regions reliant on farming, such as sub-Saharan Africa, communities struggle to recover from periods of extreme rainfall followed by extreme drought – extreme patterns that are becoming more common as a result of climate change.

Despite these enormous challenges, there are positive signals of progress.For example, the recent UN-World Bank report, Pathways to Peace, identified a savings of up to $70 billion a year if the global community is able to implement a scaled-up system for prevention. These cost savings could be reinvested in reducing poverty, improving health, addressing climate change, and advancing prosperity.