Let’s Build Toilets People Will Use 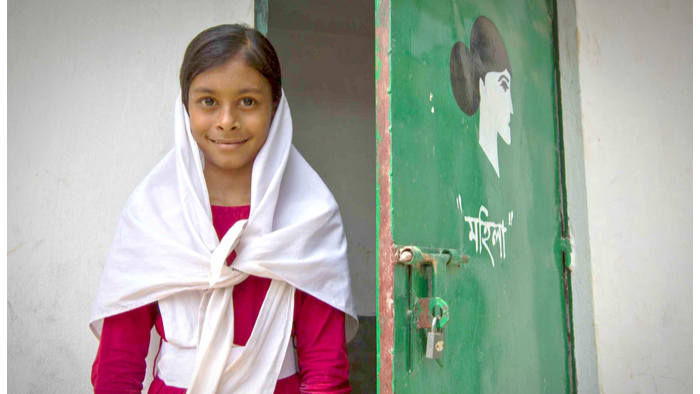 I recently visited the Honduran community of San Gabriel, where Water1st invested in a water and toilet project 14 years ago. By 2008, all 45 households in the community had a pour-flush, water-seal porcelain toilet. In the years since project completion, five new houses have been constructed in this rural community of just over 300 people. Not only were the original 45 households all satisfied with their toilets, but all five new construction homes include porcelain toilets identical to the ones constructed in 2006.

While this progress is encouraging, there’s still more work to be done.

Today, it is estimated that more than half of the world’s population doesn’t have access to a safe toilet.

The lack of access to water and toilets causes rampant diarrheal diseases such as cholera. Infants and pre-school aged children suffer the most. In poor countries, preventable diarrhea is one of the deadliest threats that young children face. Repeated bouts of diarrhea result in malnourishment, cognitive challenges, and stunted growth.

When people don’t have toilets, they defecate in the open, often near where they live or near the rivers that supply their water. Because water is not accessible for washing hands, these germs are then spread by the most routine of activities such as shaking hands, changing a child’s diaper, or house flies landing on a plate of cooked food.

Toilets are a primary barrier against the spread of disease. And health brings wealth. Economists at the World Health Organization have estimated that every dollar invested in toilets has a return of $5.50.

Maybe that’s how this most ordinary object received its nickname: The porcelain god.

But the economic and health benefits are not possible by simply building sanitary toilets. People must actually use them.

In a recent study in India, about half of people with access to a community toilet did not use it. Although almost all of the study participants acknowledged that open defecation is not just embarrassing but also presents a health risk, they chose to defecate in public or use a toilet at their workplace instead. UN statistics state that the open defecation rate in India declined from 75% to 44% of the population between 1990 and 2015, but that estimate reflects number of latrines constructed, and not the number of latrines actually used.

In our work, over the past 15 years, in Central America, Africa and Asia, we have found a few common denominators when it comes to successful toilet programs.

Build Toilets That Are Convenient and Pleasant to Use

Pit latrines are a common solution in poor communities around the world. They are simple, low-cost, and can usually be built using all local materials and labor. Theoretically, a latrine can reduce people’s exposure to disease. But in reality, it’s hard to find a latrine that is free of flies, which carry germs into our living spaces. It’s also hard to find a latrine that doesn’t smell. Anyone who has been to a state campground understands this universal truth.

From 2006 to 2011, we funded an Indian NGO that offered a range of toilet models to households. The first option – a pit latrine – was completely subsidized by the Indian government. The other models offered to households were not free and included upgrades like an easy-to-clean porcelain bowl and a water seal, a small pool of water cradled in a U-shaped bend in the pipe that helps contain odors and blocks flies from the pit. For those options, we provided a loan with affordable monthly installments. In five years, not one household in our program selected the completely free pit latrine and instead invested in a toilet.

We have found success in community-based programs that target 100% of households with information about toilet benefits as well as subsidies and loans for toilet construction.

And we are not alone in this discovery. In a recent study of 380 households in Bangladesh, researchers found that the decision to invest in a toilet happens at the community level. Subsidies were not as effective at the individual household-level.

There are theories about why this happens. Perhaps by targeting everyone in a community, a threshold is reached quickly that changes a societal norm. Or maybe when everyone is using a toilet, the value of a clean environment is obvious.

There is another massive benefit of the community-level approach, and that is when 100% of people in a community have access to toilets, then 100% of people can actually use a toilet. If I build a toilet, but my neighbor doesn’t, the risk of me and my family becoming ill hasn’t been reduced. And community-level means providing access to toilets everywhere that people use them: Home, work, school, and public spaces.

Lack of access to sanitation has many quantifiable impacts on health and survival, but it’s also an assault on human dignity. And the solution starts with a toilet that’s more than a hole in the ground.

Learning with others and benchmarking are key steps towards becoming an impact giver. If you are interested in giving with impact for Global, take a look at these events, galas, conferences and volunteering opportunities to connect with individuals like you.