The Inequitable Impacts of Climate Change in America 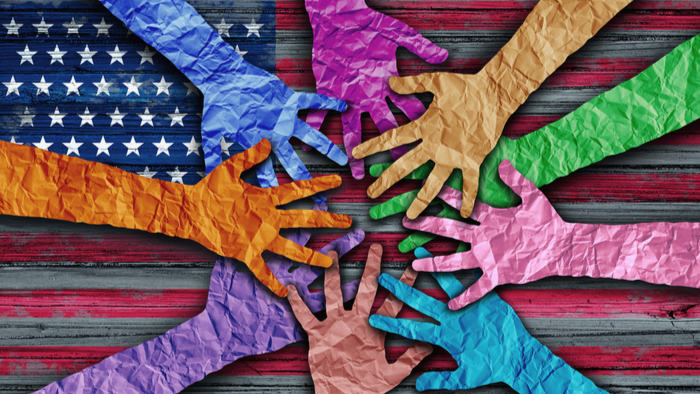 This article is part of our Climate Justice collection, which is designed to help donors learn more about the issue and take impactful action.

Our planet’s climate is changing. Since 1880, the world has warmed a little more than 1° Celsius (2° F); without rapid, decisive action, global temperatures are likely to increase by an additional 1° by the end of this century.

Seven in ten Americans agree with the scientific consensus that climate change is happening, and a majority of Americans say they want the government to address it. But when it comes to financing change, the country’s population begins to hesitate: only 44% support a carbon tax, and two-fifths say they wouldn’t willingly pay even $1 per month to support one. Even among those who believe that climate change is a real phenomenon, personal accountability is not a particularly palatable idea.

If Americans believe in climate change, why aren’t they willing to do anything about it?

Many factors contribute to this reticence: a desire to maintain current patterns of consumption and economic growth, an unawareness of global issues, a lack of capacity to deal with non-personal issues – the list goes on and on. Perhaps most significant, though, is the existence of a pervasive belief among individuals that even though climate change is real, it won’t affect them personally.

For a myriad of reasons, America will very likely be less catastrophically affected by climate change than much of the rest of the world. Some of this can be chalked up to geography: although states in the South and Southwest will be increasingly at risk of drought, heat waves, floods, and tropical storms, parts of the Northeast will likely benefit from climate change, with warmer weather increasing agricultural yields and overall livability. However, America’s relative security from the worst impacts of climate change is driven principally by global socioeconomic disparities. Despite having just 4.25% of the world’s population, the United States controls nearly a quarter of the world’s wealth. Accordingly, the United States has the resources to invest in climate-resilient infrastructure and to respond quickly and effectively to disasters, while countries with fewer resources face additional barriers in preparing for (and responding to) climate-induced threats.

Despite its advantages, though, the United States will still be very much affected. As the planet continues to warm, communities across the country will face the consequences of increasing temperatures, rising sea levels, more severe storms, falling agricultural yields, and compromised biodiversity. Simultaneously, Americans will feel reverberations of the effects of climate change abroad as migration surges, imports (such as coffee) become increasingly unavailable, and economies worldwide strain and falter as a result of unprecedented and ever-changing pressures and challenges. Climate disasters have cost the United States $415 billion USD over the last three years; depending on the rate at which the planet warms, costs are expected to balloon to $300-500 billion annually by the end of the century.

But the kicker is this: like the pandemic, the effects of climate change within the United States will be disproportionately felt by communities of color. People of color – who have historically been left behind by the environmental movement – are more likely to live in climate-vulnerable neighborhoods and regions of the country. These trends are a result of redlining, legacies of slavery, chronic disinvestment, and other examples of systemic racism. As a result, these communities are more likely to be affected by heatwaves, storms, flooding, and labor market dislocations.

People of color are not only more likely to experience the impacts of climate change – they are also less likely to have the resources to invest in resilience. In the United States, the median white family has a net wealth of $188,200, while the average Black family has just $24,100. The racial wealth gap has also been perpetuated by centuries of structural racism, and was exacerbated by redlining, which prevented families of color from accumulating wealth through homeownership in the 20th century.

Climate change poses a formidable threat to the world – but it also presents an incredible opportunity for change. If the global community responds quickly to the challenge of decarbonizing our industries and invest in climate resilience, the human and environmental impacts of climate change can still be minimized. At the same time, as world economies are restructured, there exists an unparalleled opportunity for nations, cities, and international partnerships to address inequality and inequity around the world.

It is critical that voters and lawmakers understand the inequitable impacts of climate change in America and around the world. You have a role to play in this, too: you can keep learning about climate justice and climate change, or help to fund climate-justice-focused organizations.

Climate justice can’t wait – and there’s no better time for you to take action. View the rest of the Climate Justice collection to learn more and find out how you can help.