The Center for Effective Philanthropy Oct 21, 2020

It was almost two decades ago that I got my first taste of how frustrating funder restrictions on grants could be. I had recently started working at CEP, and we were discussing a project proposal draft with a potential funder. The funder asked us to add additional elements into the proposed research project, but said they would not be able to cover the costs of those elements. They also informed us that if we didn’t add them, we likely would not receive funding. The irony, which the funder somehow seemed not to see, was that the RFP was for a study about foundations’ provision, or lack thereof, of general operating support.

Funders did not frequently provide general operating support back then. Unfortunately, not much has changed since then, despite years of advocacy by many in the nonprofit sector.

Over the past 10 months, with funding from the Ford Foundation (which covered the full costs of the project and added overhead above and beyond what we had requested in our initial budget), our research team at CEP set out to better understand what gives (so to speak). We collected data from nonprofit leaders about the benefits of multiyear general operating support (GOS) and to what extent they were receiving it. We asked foundation CEOs and program officers about their attitudes and practices when it comes to providing multiyear GOS. We wanted to understand why foundations were not providing more multiyear GOS despite decades of research, advocacy, and examples of change in the sector.

What we learned — which we share today in a new report, New Attitudes, Old Practices: The Provision of Multiyear General Operating Support — was frustrating, to say the least.

From the nonprofits, we saw again what CEP and others have heard many times in previous studies: nonprofit leaders report that receiving multiyear GOS would result in many benefits to the health of their organizations — including the ability to plan for the future, the opportunity to focus on their work, and the capacity to invest in staff — and, ultimately, would increase the impact they can have on society.   One leader’s quote from the data we collected stood out to me:

For some reason, foundations expect nonprofits to be miracle workers, when in fact we’re all cutting corners, skimping on resources, doing everything with far less than we should, and then bending over backward trying to find a way to make it sound like we’re succeeding, while also making sure to keep the challenges front and center, but without sounding desperate or as though we can’t handle it. It’s not clear why foundations don’t provide more multiyear GOS grants. The obvious answers are too discouraging to acknowledge, but they could very well be due to keeping the exit door open, asserting influence after the money has been given, among others.

What we saw from the foundation side of the table is that attitudes and practices are not well aligned. Foundation CEOs believe GOS and multiyear grants are an effective means for supporting grantees’ work, and the majority report being in favor of increasing the percentage of grantees receiving multiyear GOS. Yet many foundations provide no multiyear GOS, and those that do only provide it to a small percentage of the nonprofits they support.

Again, what gives? Though we asked foundation leaders many times, and in many ways, we were unable to identify significant barriers they experience in providing or increasing their provision of multiyear GOS.   It’s not, as some have suggested, that boards are standing in the way; nor is it that program officers are the barriers, as others have speculated.

The explanation for why multiyear GOS is not being more widely provided seems to be that it simply isn’t seen to fit with a foundation’s approach, hasn’t been prioritized, or, for a subset of community foundations, isn’t seen as possible given constraints. In sum, the clearest reason that came through in the data is that foundations are not interested in changing their ways.

Read the full article about multiyear general operating support by Ellie Buteau at The Center for Effective Philanthropy.

Demographic Portrait of Grantees: What We’re Learning and Doing to Support Inclusion and Improve Our Practices

Why Amplifier Organizations Can Be a Wise Investment 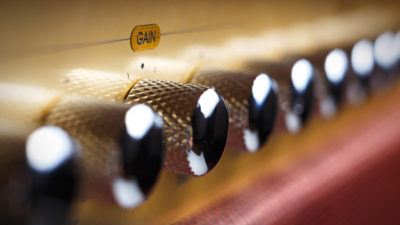 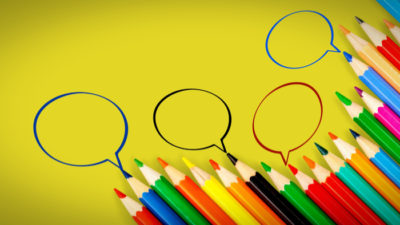