What Wakes You When You’re Numb to the Homeless? 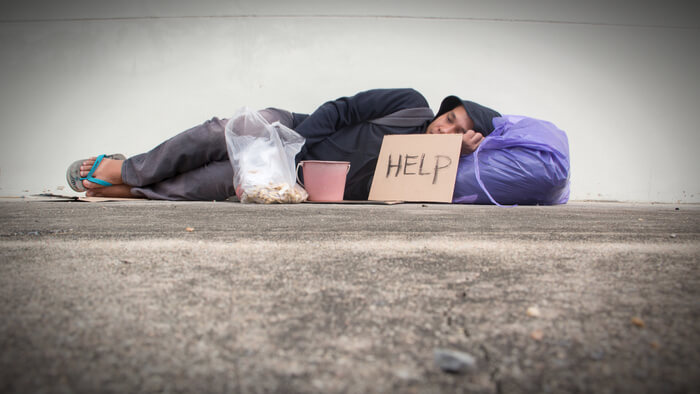 That’s a question Krishnan Iyer answered for himself. And for homeless people in his community. Krishnan grew up in Mumbai, India, and told me he sort of grew numb to the immensity and depth of poverty and homelessness there. He came to America decades ago and then something woke him up on the streets of Bellevue, Wash. last year.

Krishnan said it was just luck that back in the 80’s, as a little boy, he loved computers and playing around with them. In a now-familiar story, he found his way to America and embarked on a successful 30-year career in the tech sector. And wrote a few checks to charities here and there.

He was used to seeing homeless people over there in “downtown,” but not on 148th NE or NE 24th in Bellevue, where he lives and works. In his words, it forced him to “see what’s right in front of you.” Around the same time, he happened to sit in on a session I did at Microsoft on my book, Can’t Not Do. He walked away from that day feeling he had no choice but to find what he CAN do for his community. That was music to my ears.

He talked with his friends and some of them argued he should send his charitable giving back to India (which he does in part). But Krishnan decided he had to do something in the neighborhood that helped give him so many opportunities in life. Growing up, he learned how important it was to take care of those around you in your family. Now his mental leap was to widen that circle to help take care of those homeless people around him in his community.

When he added up his life experiences, he concluded his purpose is to help humanize the homeless. That’s not an easy mind shift for many people and that’s where determined optimism will come in. Krishnan wants people to understand that a homeless person is not someone to be afraid of, that it could so easily be one of us, and that having a deep sense of empathy for them as humans is a vital step in engaging more people in solving this wicked problem.

1) He is pursuing a path that comes from his life experiences and something that resonated deeply within him. It wasn’t a causal decision or made randomly. That direction and focus that comes from his core will sustain him in the months and years ahead.

2) He asked me who else was doing this work and where else he could get help. He’s not going it alone, trying to reinvent the wheel. He has new ideas but he is looking around for people to work and collaborate with that are already working on the same problem.

3) And he told me his optimism gives him the courage to talk to his friends and enlist allies. He’s both determined and optimistic. Don’t underestimate how much each matters and how powerful the combination is.

I’ve been lucky enough to hear hundreds of stories like Krishnan’s the last 20 years. A lot of them start strong and then lose steam. Krishnan has a very real chance to start strong and stay strong.