A New Threat to Free Speech

Excerpt from Briefly Noted from Winter 2018 issue of Philanthropy magazine.

Infringing on free speech seems to be a growth business. The latest twist comes in complaints that Google and its YouTube subsidiary—which thoroughly dominate public circulation of videos on the Internet—are arbitrarily and unfairly making it harder for viewers to find and experience some viewpoints than others.

Educational charities like PragerU have recently gotten good at producing short videos that educate the public on policy and current-affairs issues. Many of PragerU’s five-minute productions—on topics like “Why Did America Fight the Korean War?,” “Is the Death Penalty Ever Moral?,” “What’s Wrong With E-Cigarettes?,” and “Are the Police Racist?”—have been viewed a million or more times online. Since its inception as a 501c3 producer, PragerU videos have been watched a total of 998 million times, and 70 percent of viewers say they have changed their mind on an important issue after taking in PragerU content.

Now PragerU has filed a lawsuit in the U.S. Ninth Circuit federal court, alleging that the nonprofit’s content has been discriminated against since Summer 2016 because of its (center-right) political identity. The plaintiff says this happens in two ways.

“Demonetizing” a video means that Google won’t place ads on your video’s viewing page, resulting in loss of the revenue stream that other videos enjoy. Google says it does this because content is too extreme, hateful, graphic, or controversial.

“Restricting” a video prevents it from appearing on the computers of families, libraries, schools, universities, and employers that have turned on Google’s “Restricted Mode” setting to block nudity, profanity, gratuitous violence, and other unsafe content.

PragerU maintains it is absurd to apply these filters to its high-toned educational content, and that Google and YouTube are actually using these tools to restrict public consumption of content their staff dislikes on subjective grounds—ideological censoring, or a “political gag mechanism” as the lawsuit puts it. The nonprofit maintains this “breaches the warranty of good faith and fair dealing implied in Google and YouTube’s own Terms of Use,” and demands legal remedy.

Dozens and dozens of PragerU videos have been restricted or demonetized by Google—including all of the ones listed in the second paragraph of this story. Other center-right videomakers also report that their content has been obstructed by Google.

The PragerU suit has backing from some legal heavyweights, like former California governor Pete Wilson and Harvard Law professor Alan ­Dershowitz. Included in the suit is an interesting table listing PragerU videos that were restricted or demonetized, compared side by side with videos on the very same topic, depicting similar events, using equivalent language and images, but produced by left-of-center producers—and posted by Google without any impediments to wide circulation.

PragerU’s foundation is supported by 40,000 online donors. They cumulatively provide four tenths of the organization’s funding. The rest comes from institutional donors or earned income.

Funders of nonprofit filmmaking of all stripes, and defenders of free speech in general, should keep an eye on this legal challenge. For Google and YouTube now dominate many platforms vital to public debate, and indeed operate virtual monopolies in some important spheres. Google and YouTube operate “the largest forum for public participation in video-based speech in not only California, but the United States, and the world,” notes the PragerU lawsuit.

Google says it is “committed to fostering a community where everyone’s voice can be heard.” But PragerU CEO Marissa Streit suggests, “It’s clear that someone inside Google doesn’t like what we teach and so they intend on stopping us from teaching it. Can you imagine what the world would look like if Google is allowed to continue to arbitrarily censor ideas they simply don’t agree with?” 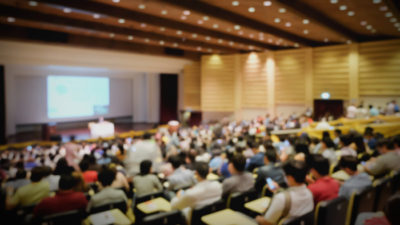 The Insider’s Guide to Spend Down 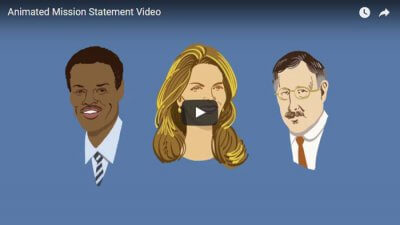