Refugee Crises: How to Respond 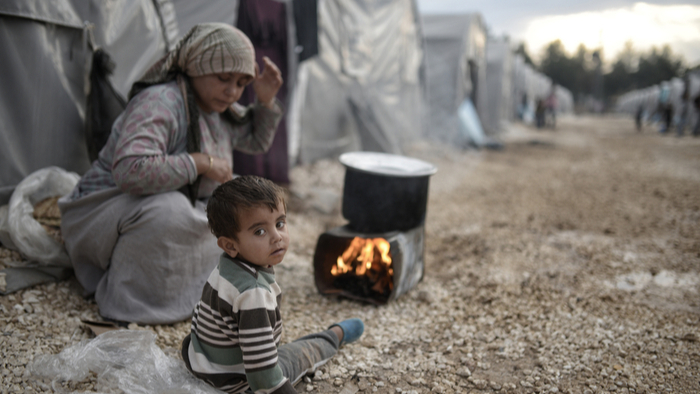 Refugee crises often garner headlines, but they don’t end when the news cycle moves on. While Syria and Myanmar have attracted extensive international attention, other crises are rarely mentioned. How many of the refugee crises listed below are you familiar with?

According to UNHCR, the UN Refugee Agency, the following 10 countries were the top sources of refugees at the end of 2018.

The number of refugees from Burundi decreased during 2018 from 439,300 at the start of the year to 387,900 at the end. The decrease was mainly due to returns (45,500) and as a result of verification exercises that often reflect spontaneous departures.

275,700 refugees from Central African Republic were hosted by Cameroon in 2018.

7. Democratic Republic of the Congo

Most refugees from Myanmar were hosted by Bangladesh (906,600) at the end of the year, a slight decline from the end of 2017 (932,200) due to improvements in registration methods.

While the South Sudanese refugee population declined in 2018 from 2.4 million to 2.3 million people, it remained the third most common country of origin.

As in previous years, the most common country of origin for unaccompanied and separated child asylum applicant was Afghanistan with 4,800 claims.

Over half a million new refugee registrations and asylum applications originated from the Syrian Arab Republic (Syria) in 2018, the majority in Turkey, representing both newly arriving individuals and those already in the country for a period of time prior to the time of registration.

Refugees fleeing their home countries but staying within Africa have received relatively little media attention, and a corresponding deficit of donations. Four of the countries listed here (The Democratic Republic of the Congo, South Sudan, Central African Republic, and Burundi) were among the top five most neglected crises of 2017.

Even less visible than refugee crises are internal displacement crises that are often closely related. Internally displaced people flee their homes but never leave their country. According to UNHCR at the end of 2017, an estimated 40.0 million people were displaced within their own countries due to armed conflict, generalized violence, or human rights violations.

Internally displaced persons suffer many of the same difficulties as refugees, including poverty, hunger, and violence, but garner even less international attention. These crises are aggravated by isolationist immigration policies that prevent would-be refugees from escaping their home crises.

The 1951 Refugee Convention is an agreement of the UN that directs the body’s refugee efforts. It was originally put in place to cope with the refugees created by WWII. The documents extensively defines key terms like “refugee” and how persons defined as refugees should be treated by the UN and the signing international community. The 1967 Protocol expanded the convention to cover all refugees. The convention lists the rights of refugees and extent of the obligations of countries. Essentially, refugees are to be afforded the same welfare and assistance as citizens, as long as they are present in their host country legally.

What Donors Should Know About Refugees

Refugee crises impact countries outside of the country of origin. Because refugees are fleeing violence and instability in their own countries they are desperate to escape and unlikely to return. There are enormous consequences when large groups of people flee together, and governments and charitable organizations need to ensure that the crises are minimized, refugees are stabilized, and host countries do not suffer.

Countries have responded to refugees in a number of ways. Research from the RAND Corporation examined European countries struggling to cope with the influx of Syrian refugees and found effective resettlement strategies. Refugees face barriers to integration including legalities, language, culture, bigotry, and unemployment. European cities have been stepping up to the occasion: Helping refugees access the resources they need to survive and thrive. Local government can fill in the gaps where national programs fall short. Communities can come together to welcome refugees to the benefit of all parties.

The top existing crises (with the exception of Sudan and South Sudan) are only getting worse, and the world has never had more displaced people than it did in 2017. Experts expect the trend of increasing displaced persons to continue.

Peace and stability are essential to reducing the number of people who are forced to leave their countries, but it will not be sufficient to prevent future refugee crises. As climate change intensifies, it will become the leading cause of displacement. While people displaced by climate do not technically fall under the UN’s definition of refugees, the fact remains that large populations will be forced to relocate. The consequences of climate migration will be widespread and, without proper preparation, potentially devastating.

Somewhere to go: Displaced people need safe places to flee to. New Zealand is working to create a climate refugee visa to target their neighbors who are going to be displaced by rising sea levels. Host countries will need to examine strategies to reduce the danger refugees face as they escape from their country.

Health services: Short- and long-term health care are significant priorities for refugees who may not speak the local language or have access to their medical records, complicating the process. Women and girls have medical needs that do not cease in crises. Mental health needs cannot be ignored. Mental health for its own sake, and for the sake of physical health, is essential for productive lives.

Education: Sustainable Development Goal 4, quality education, is disrupted by refugee crises, as it relies on peace and stability. Conversely, education can also help to increase peace and security, as exemplified in Somalia. Unfortunately, refugee children are missing out on school, which has long-term implications for their success and well-being. Brookings discusses impactful teacher training programs to improve education for refugees.

To be productive: Displaced persons have skills that need be used. Most refugees will never return home and leaving refugees in camps in not a long-term solution. Language apps can help refugees make their way in a new and unfamiliar country. Displaced persons need to become part of the community and be their own heroes.

Who You Should Know

While this list isn’t exhaustive, it’s a good start for donors looking to educate themselves on the refugee crisis and learn where to give with impact.

UNHCR, the UN Refugee Agency, is a reliable source of information on refugee crises and international efforts to assist.

The Center for Disaster Philanthropy helps philanthropists stay up to date on ongoing crises and where to donate to make an impact.

The Center for High Impact Philanthropy offers lists of high-quality organizations to support related to a range of issues, including refugee crises.

Grantmakers Concerned With Immigrants and Refugees helps foundations support refugees across the world.

How Can I Get Involved With Refugee Crises?

Preventative measures: The first step is to prevent the need for people to flee. This means increasing peace and stability around the world. This is, of course, more easily said than done. Venezuela is likely to surpass Syria as the top source country for refugees; a reminder that fighting corruption and promoting prosperity can increase stability. Reducing contributing factors of climate change can decrease the long-term impacts of climate change.

Donate: The most immediate, direct action you can take is to donate to a reliable fund or organization like the CDP Global Refugee Crisis Fund, which has been vetted for impact by experts at Giving Compass. This fund distributes money to trustworthy nonprofits in affected areas. You can also donate to community foundations which are uniquely situated to support refugees as they attempt to build a new life outside of their home country. The Center for High Impact Philanthropy provides this list of impactful organizations working to help refugees.

Politics: Supporting local governments in their efforts to welcome and integrate refugees is also an import element. Cities experience the refugee crises first-hand and must respond to help both refugees and residents.

Focus on the positive: It is easy to focus on the things that refugees don’t have, like homes and possessions, but thinking about what they lack is reductive. By turning our attention to what refugees do have — skills and talents — funders can shift to asset-based funding frameworks that can make a bigger impact. Refugees can make significant contributions to the communities they join. Collaboration is a great way to increase impact.

Want to learn more? Keep reading to learn how sponsors are improving the lives of Syrian refugees. Or, learn why some islanders may choose to stay put as sea level rise closes in on their homes. Finally, find out how refugees are planting trees to repair the ecosystem, supply firewood, and build a community.

If you are looking for opportunities to take action and give money to Human Rights, here are some Giving Funds, Charitable Organizations and Projects aggregated by Giving Compass where you can take immediate action.